Xiaomi has been manufacturing media players or if you like, set top boxes for years. The first two generations were made exclusively for the Chinese market, in the Chinese language and packed with totally Asian services.

The third generation brought the international edition, the Mi Box 3. Although in terms of design it was very similar to the Chinese variant, the hardware was stronger and it got an ‘EU’, ‘International’ or ‘Global’ sign (depending on webshops).

I have also been using this box for 20 months and except for the Oreo update I haven’t had any problems with it. True that hardware is a bit small, especially the internal memory. 8GB with apps (if we want to play on it, a game is about 1 – 1.5GB) isn’t much. It took a year for me to load this 8GB which is not enough to update a program. As the system itself doesn’t support an external hard drive, there is no chance for microSD expansion, Mi Box has its own limitations as well.

At the end of January 2018, the 4-th generation arrived with two devices at the same time. We also reported about it then.

As for its hardware, no innovation has been made, 2+8GB remained and in case of Mi Box 4c 1+8GB RAM/ROM version. Both devices run the own Patchwall system of the manufacturer in Chines with AI deep integration. I used a 4C only for some hours but my enthusiasm subsided when I couldn’t understand the complex menu even with Google Translator and a simple update made my device broken. The remote control was made of a much weaker material and the Mi Box 4 series themselves are more square-shaped than the 3rd generation. I didn’t really like it myself. If I lived in China, I would definitely be able to use it as the system itself corresponds with those of MiJia laser projector or Mi TVs. It can be applied to Mi Home and with sound control it can be used for actually everything in Asia.

It is expected to change in October. As the international version of Mi Box 4 called Mi Box S will be launched in Google conference in October.

The device was found by XDA developers in the list of Google Play Certified devices. The list also shows that the original model is Mi Box 4. Mi Box S comes with a new look but its features are very similar to those of Mi Box 3. It has a different remote with a dedicated Netflix button. You could see it on FCC some months ago. The one to be distributed in the US will be surely fitted with this remote control. 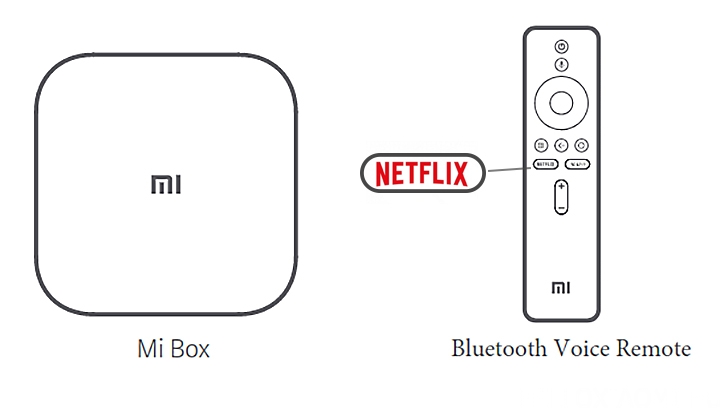 The Mi Box S is capable of 4K streaming, video playing and it has Dolby Digital and DTS Surround Sound, in the same way as its predecessor. We have no info about its exact price but we suppose that it will be available for the same 70 USD as the earlier version. The Android TV device will be available with Android Oreo before Christmas time.

As we know, the manufacture of Mi Box 3 EU came to a halt and its distribution will stop.