It has been autumn 2018 for a while but no exact info about the long-awaited Xiaomi event has leaked. Quite until a week ago when an unambiguous poster with the number “3” was seen on the web. Since then we have seen several photos, a dedicated AI button and the codename “LEX” has also been revealed. We are expecting a lot from MIX 3 as although the Mi MIX 2s launched in spring is a good device, it is not such sensation as the first MIX. 2018 is the year of notch. We couldn’t mention 1-2 manufacturers which haven’t tried to use the notch solution of the iPhone X that makes no sense in most of the devices. Xiaomi used it efficiently in its Mi 8 series but in its Redmi series this solution is not too practical rather an expectation on the Asian market.

Fortunately based on leaked images so far we don’t have to fear of the use of this fashion element that divides the users but we get a bigger display for our money.

We have seen the trend of Redmi this year and the manufacturer’s Poco sub-brand in India. Poco F1 has become quite popular in our country which is understandable as for such money we cannot find a similar hardware rival.

Some words about the Mi Note series. Xiaomi’s premium quality Mi Note series with bigger display hasn’t become popular on its home market so the manufacturer hasn’t forced its development in the past 2 years. We could see that most in the case of the third generation. While Mi Note 2 used the Samsung EDGE display solution of those days with a top processor of that time, the Mi Note 3 with a poorer hardware and Mi 6 with a bigger display came out in 2017. I must admit I dispaired the series this summer I did not rely on it to be continued. After autumn started I did not see its relevance as this year’s Mi 8 has a much bigger display than last year’s Mi Note 3 had. Then there is Mi Max 3 which needs quite a big display and makes do with a mid-performance SoC. However, I could mention Mi 6X which got the the Mi Note 3’s processor (Snapdragon 660) and a bigger display (6.99) without B20.

It is today’s news that there will still come the Mi Note 4. 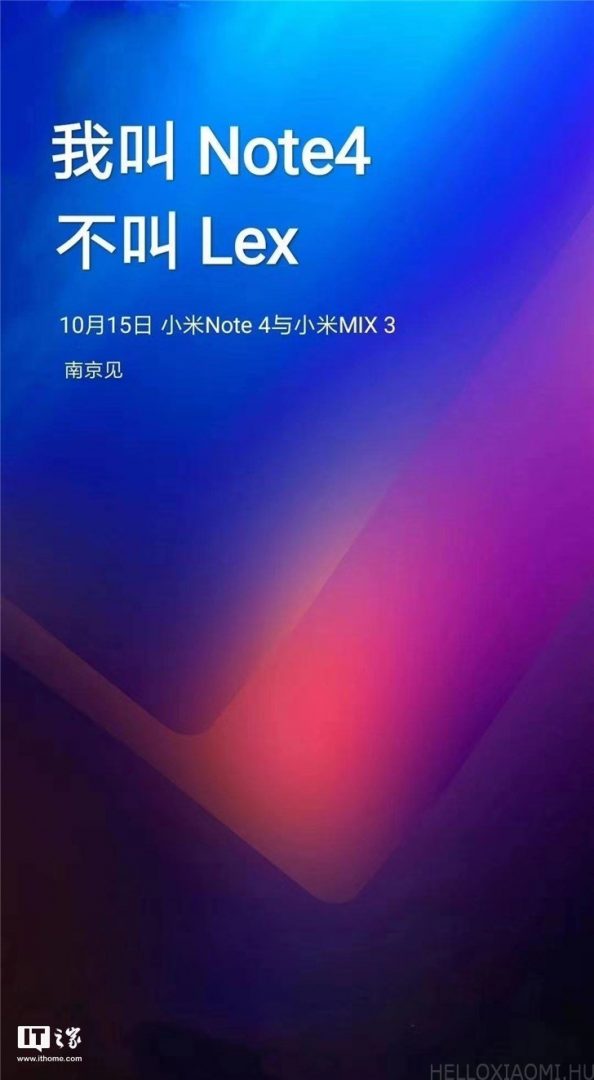 According to the text on the poster “my name is Mi Note 4, not LEX”

Therefore, the things thought to be Mi MIX 3’s specs can debut in Mi Note 4. That is the dedicated AI button. Based on the colours of the poster we can predict the colours of Mi Note 4, after Mi 8 Lite and Mi 8 Pro which will get a colour gradient background. 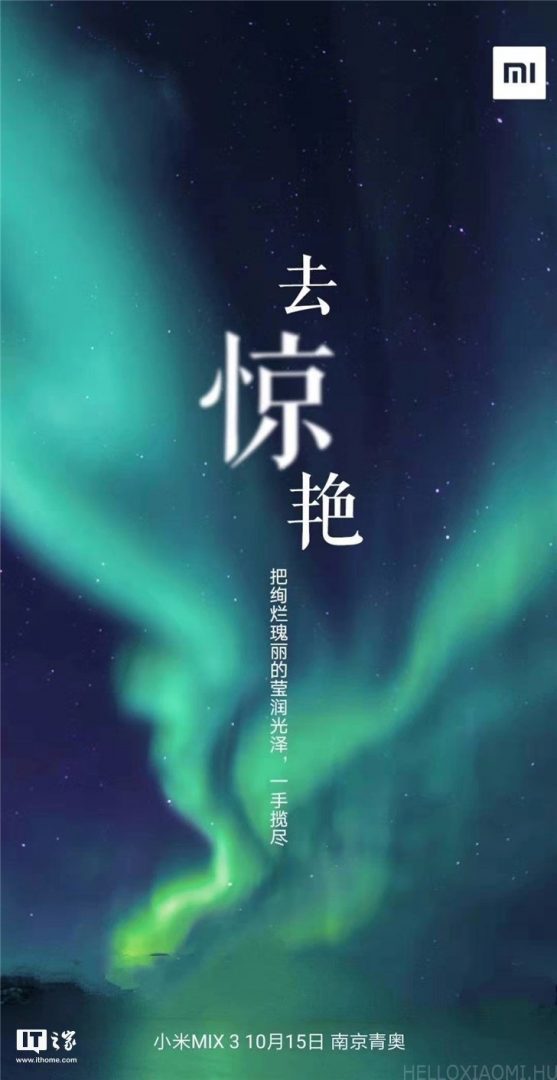 The poster states that the Mi MIX 3 will launch in Nanjing, Jiangsu Province. The Mi MIX 3 will have a slide mechanism, a Snapdragon 845 processor and a bezel-less display. Whether Mi MIX 3 and Mi Note 4 will also have a dedicated button for its AI assistant? Will the Mi Note 4 really come out? Everything will turn out on 15 October.