We have had doubts reading about the release of the second version of Black Shark in the past few weeks. It is no wonder as the first modell under the auspices of Xiaomi is the best value for money gamer mobile on the market even today. Not to mention that it is available at least while the other 2-3 rivals aren’t. Black Shark is also available in a Hungarian webshop with 2-year guarantee. The leaked render image does not seem to be real but the video does.

After the first sighting on the TENAA website we can expect an aggressive and angular look again. Today the Chinese company has published a mysterious teaser announcing the arrival of a new product: it could be the second generation of Black Shark. 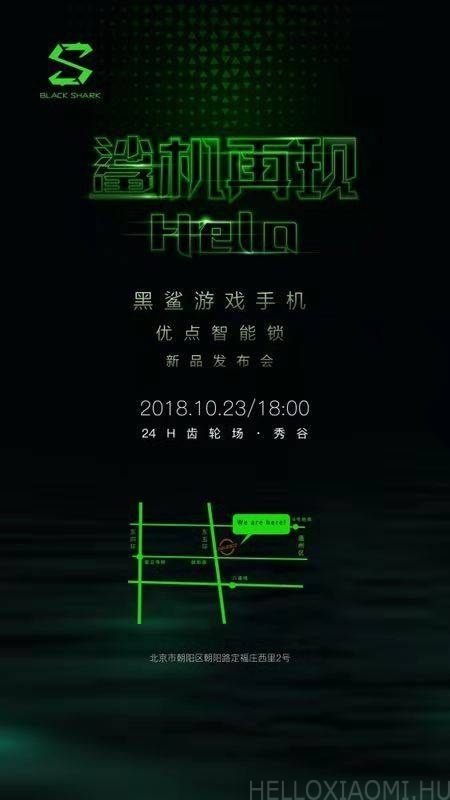 The poster above was published on the official Black Shark Weibo profile announcing an event for 23 October (exactly on the national day of the Hungarian Revolution in 1956). It will be a few days before the presentation of Mi MIX 3 in Beijing. Even if Black Shark 2 has not been confirmed officially, it seems that it may be the device to be unveiled on Tuesday.

The name is not yet final, either, we should wait until the date of event (23 October).

According to informatio to date, the BS2 will be equipped with the Snapdragon 845 supported by a liquid cooling system, 8 GB of RAM, 128 GB of storage and – probably – an additional Pixelwork graphics processor. There is a 5.99-inch FullHD+  display with an 18:9 aspect ratio and the back has a dual vertical camera and a fingerprint scanner placed in the middle.

Hopefully more information will be available before the launch event.