Pocophone F1 Is To Launch In India On 22nd

The name of Pocophone has already been mentioned several times, well, not because it’s so extraordinary – although concerning its specifications and AnTuTu numbers, it is really very good – but this name is interesting and funny for us at the same time. True, Xiaomi is also not a name that European people can easily pronounce because many still pronounce it ‘Ksaomi’, not ‘Saomi’ as it should be. 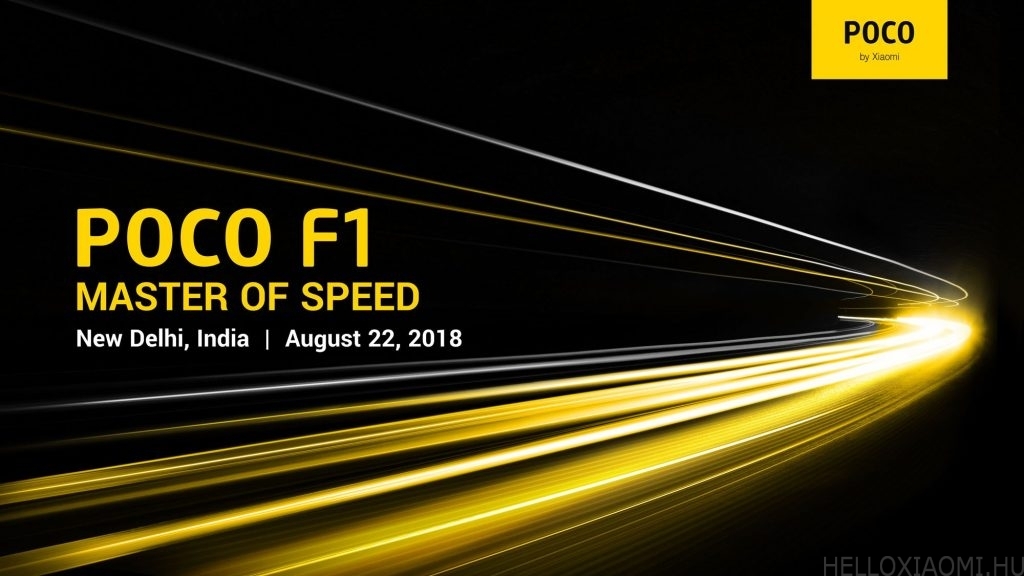 After many news and gossip, the official Poco Facebook site was started and a lot of unboxing videos have begun to surface across the Internet although the device is not yet available for sale. What’s more from Romania, not from India, where its official sales is going to start on 22 of August. Launch events in India usually preceeds the global market availability so it is clear that Poco F1 will not only be sold there but all over the world.

The Poco F1 has become popular as it was manufactured by Xiaomi and many things and innovations were taken over from Mi8 series hardver. Although the dual rear camera doesn’t consist of the usual dual modules placed on the side but it is adjusted to the middle in the line of the fingerprint scanner. The Poco F1 is classified as a flagship phone with its liquid cooling system Qualcomm Snapdragon 845 SoC, 6/8GB RAM and 64/128/256GB internal storage also proves that.

With Poco F1’s Indian launch they are trying to fill in a gap whic Mi Mix 2 left. At the moment this is the best official Xiaomi phone in the country and besides OnePlus 6 something is needed to be a good match both in features and in price. Althoug it will be a top category phone its price will be promising but Xiaomi phones are usually favourably priced and India is also sensitive to price. It will also turn out on 22 of August.