Redmi 6 series were launched only some months ago and since then 3 variants have come to light, Redmi 6A, Redmi 6, Redmi 6 Pro and the last one serve as a base of the Mi A2 Lite as well. We have expected Redmi Note series for a while but we were informed already in August about the launch of the successor of Redmi Note 5, the Redmi Note 6 Pro.

Redmi 6 Pro is the first notched device in the Redmi series, whose reception was quite diverse. We don’t know yet if the Note version will also follow this trend or not but according to leaked photos and infos this notch will be the same size as in case of Mi 8 or Poco F1, consequently little infos can be seen in the notification bar. 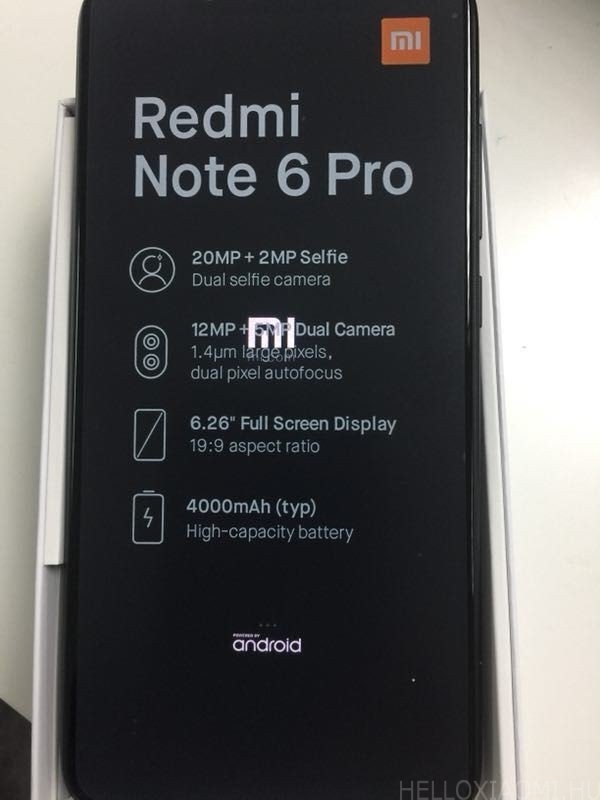 We cannot see the top of the screen in the photo but the dual-front camera needs so much room. Besides the dual-camera, sensors and the loudspeaker requires enough room to avoid fashion notch 🙂

Its display is nice big, 6.26″ with spectacularly slim bezels and an aspect ratio of 19:9, it won’t be wider than predecessors but it means that it will feature a notch at the top of the screen. 🙁

Its camera on the back will be the common camera setup but it cannot be seen if with or without AI support. It will sport a 12MP large dual pixel sensor with autofocus, a 5MP sensor as in case of Redmi Note 5, Poco F1 etc… On the front there is a novelty or two as besides 20MP selfie camera we get a 2MP sensor whose role is only guessed at the moment. 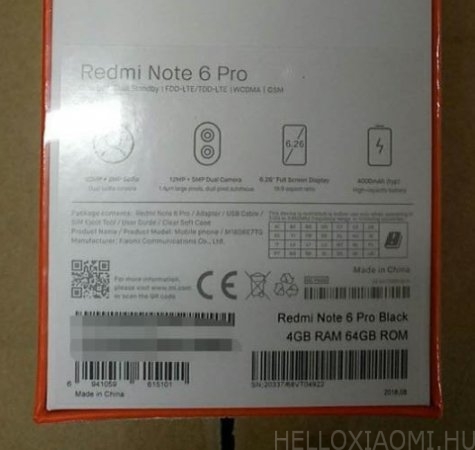 Its battery is 4,000 mAh in contrast with the earlier 3,000 mAh and the big question is only the SoC. The predecessor was powered by Qualcomm Snapdragon 636 and it may be as well.