Xiaomi Mi Max 3 To Be Unveiled in July – Confirmed!

I have great news for all phablet fans on Whit Monday. 🙂

We only have to sleep ten nights and the it is expected to come a great announcement from Shenzhen. Although we do not know the exact schedule of the event on 31 May, based on leaks last week, 3 new products are expected to be launched which every Xiaomi fan is eagerly looking forward to. It will probably be the most important launch event of the first half-year of 2018 as Mi 7 and the anniversary edition Mi 8 with enlarged display are expected to be unveiled (the next edition will get the number 9 next year but do not look so much ahead). Remember Mi Band 3 as well, whose sample version could be seen on Lei Jun, the Xiaomi CEO’s wrist not long ago.

You have already asked us in the comments of Mi 8 announcing  articles about the release date of the Mi Max latest series.

Somehow I felt and I wrote about it earlier and Lei Jun himself confirmed it today: 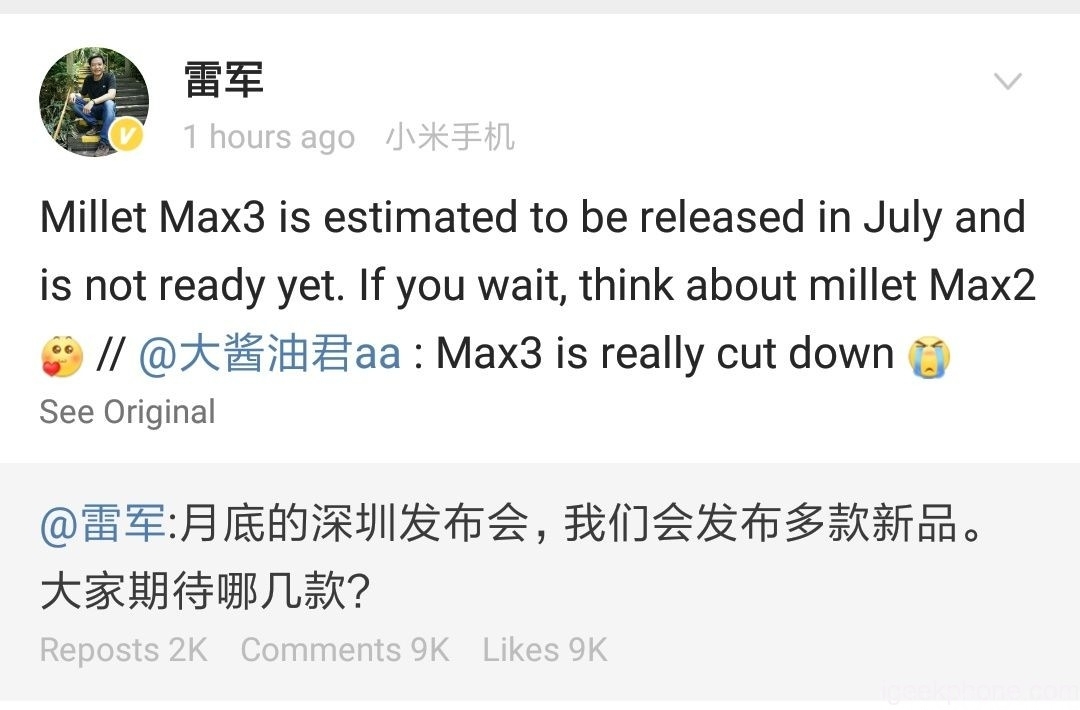 Well, one thing is sure, Mi Max 3 will be launched in July, it is not ready yet. At the moment, the team are preparing for the release of Mi7-8.

What you read from now on is only speculation (rumour)!

What is the most certain concerning its specs about the upcoming Mi Max 3 is its display size. Xiaomi took a great risk at the launch of Mi Max first generation because they covered the correct SoC with a display of a size that was not used by any other manufacturer before. Although this phablet size was not introduced by Xiaomi first, the 6.4″ size huge display was first used by them. It became popular not only in Asia but in Hungary many people also familiarized themselves with it. Since users got a good camera, first-class IPS display, unibody metal body and well-optimized MIUI.

As 18:9 aspect ratio is standard this year, the Mi Max 3 will also feature this extended aspect ratio but in size 6.9″ with probably FHD+ resolution. This is really a the size of a tablet. However, the width of the phone does not change only the length will get bigger not to a considerablet extent. It is compared to the predecessor, the Mi Max 2. The third generation will feature a full display that is they minimize the size of the top and bottom bezels, in this way the physical size of the phone will actually not change.

As for its processor, several theories have come to light. Some sources say that the launch event is delayed so much because Xiaomi is waiting for the mass production of Qualcomm Snapdragon 710 chip. They would like to use this incredibly effective SoC first in Mi Max which is developed for 18:9 display devices and it will also support AI and AR technologies. Xiaomi also counts on using artificial intelligence as on such a huge display virtual reality could be even more amazing. (although only with FHD+ display) 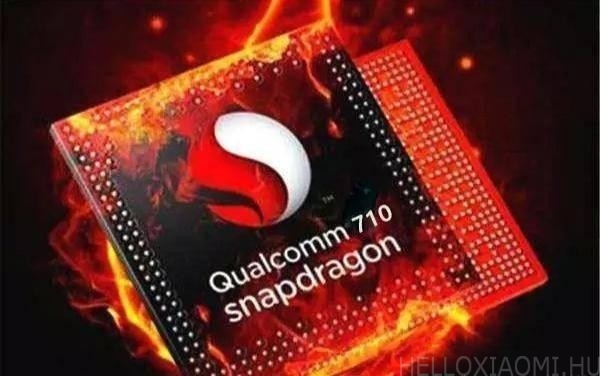 Others say that it will be packed with a Snapdragon 636 so as to keep the price low.

As for its battery capacity it will likely be powered by a 5500-6000 mAh battery and of course Quick Charge 3.0 support. Qi wireless charge support is a new thing which was announced at the beginning of this year. Mi Max 3 is expected to feature it, not only Mi7/8 and Mi MIX 2s/3.

Camera will now be more in the highlight although these data cannot be taken for sure. The vertical dual camera setup is quite certain, however, the type of sensor and its resolution is still controversial. Considering its 5-8MP Samsung sensor, its selfie camera will not have a high resolution and quality.

Alongside S6K4H7 Samsung sensor it will feature an OmniVision OV2281 iris scanner. These pieces of information were made out of leaked firmware files. At the back  Sony IMX363 or S5K217 + S5K5E8 Samsung dual camera modul can be expected. Let’s hope that Sony will remain.

According to other speculations, it will be packed with an 5 MP front selfie camera with S5K5E8 sensor and F/2.0 aperture, the rear dual camera will be 13MP with OV13855 sensors and also F/2.0 aperture.

It will surely run on Android 8.1 Oreo and MIUI 10 is not impossible, either. In any case it will be among the first ones which will feature the latest version of MIUI.

As it has been common so far as well, two kinds of RAM/ROM variations may come out. The 3/64GB and the 4/128GB versions and (perhaps a 6/64GB one, too) will be available and the latter with a more powerful SoC, which will probably be the Snapdragon 660. It makes no sense to speak about its price yet but the price tag of 283/316 USD is quite favourable.

The Mi Max 3 will arrive in July with an unknown (not yet confirmed) hardware. We can take if for granted that Xiaomi knows what they do so we will not get disappointed. It makes no sense, either to undervalue the camera, they will definitely know what is worth putting in it. If it is the setup of the Redmi Note 5, you will be satisfied. 🙂