Every secret comes to light, sooner or later. It is also true for Xiaomi products as well. It is sometimes well-known bloggers or well-informed employees, but often the manufacturers themselves who leak out information. We almost know everything about the products to be launched tomorrow (31 May). Xiaomi is preparing for a memorable event this time as well since for its   8-th anniversary we can expect many interesting things. We can start with Mi 8 as it will be the first notched Xiaomi phone with real 3D face unlock which it supports as first Android smartphone with hardware.

It has an AI-enabled front and rear camera so it stands not only with its quality out but also it can be useful for us from the aspect of security.

The launch of Mi 7 is still a question as there is more and more controversial information about it in the news. Of course, we can click on domestic and foreign articles but until it gets official confirmation, everything is only speculation. Mi 8 has jumped a model number over because it will feature so many innovations that it deserves this number. In this way it can related to the 8th anniversary. Right but why will the Mi 8 SE be launched? On top with weaker hardware. According to yesterday’s news it can sport the new Snapdragon 710 SoC.

Therefore, in case of Mi 8, notch, 3D Face Unlock and dual frequency GPS will be certainly new features. If there is an under display fingerprint scanner is still a question. In some recently published images the sensor is on the back. 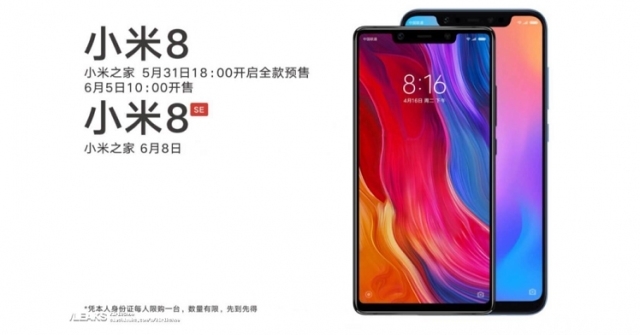 As the poster shows the Mi 8 SE is smaller and not cutting edge but notch remains. 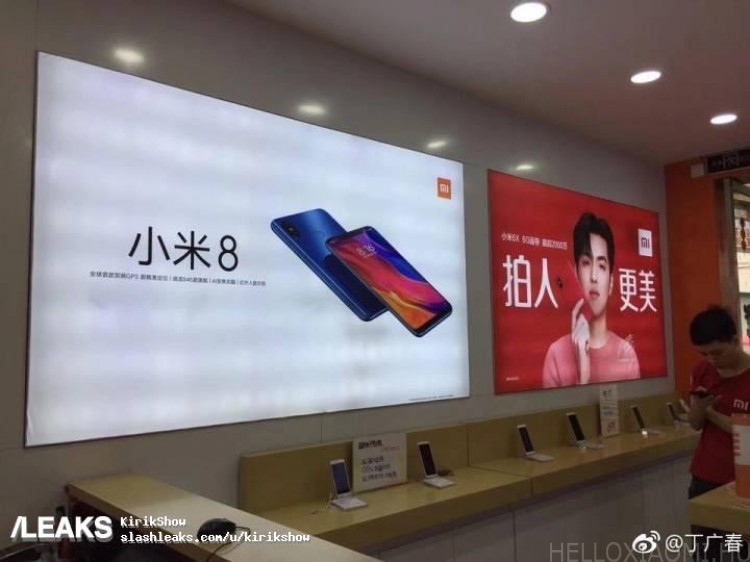 Here you can see one Mi Store whose wall portrays already a Mi 8 picture. We can make well out the rear fingerprint scanner. 🙁

It makes no sense yet to speak about its price, we will look forward to the official confirmation. But we would be really happy about B20 if Kornél’s reasoning turns out to be true.