It is only May 2018 and we have already got to know plenty of new devices and not only phones but smart stuff, clothing etc… If we think that there are only a few phones left for the rest of the year, we are wrong. If we are to believe the info of the following list . 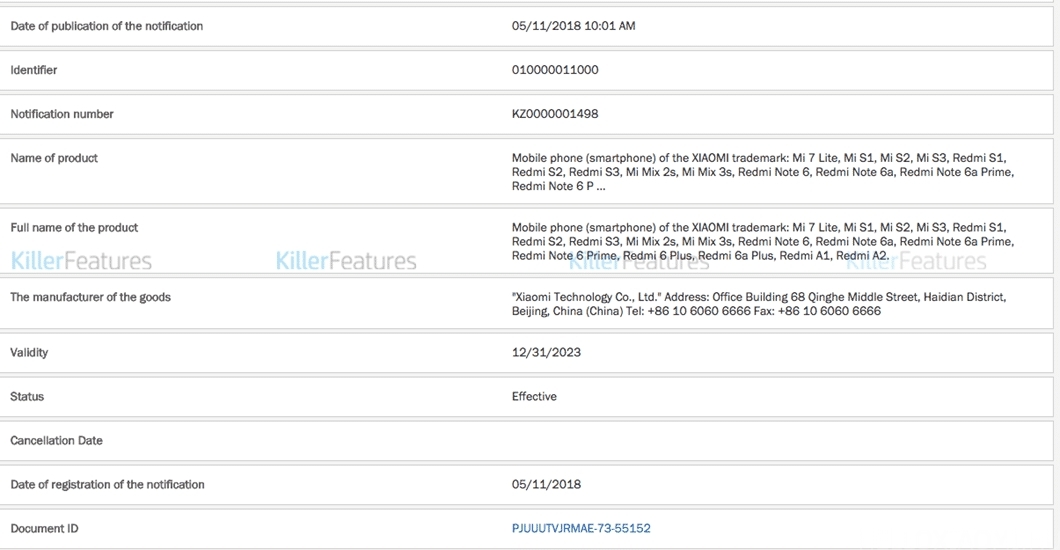 It contains mostly unreleased phones except for two phones which were already launched, the Mi Mix 2s and Redmi S2. According to the list on Eurasian Economic Commission, 15 more phones are still to be released until 2023. What is interesting here is that Redmi S1 will come after Redmi S2? By the way, it seems that the Redmi and Mi lineup will get a new “S” series which will probably be a budget version of the main line.  On top of that, the long-awaited Mi7 gets a budget Mi7 Lite version and Mix series go on as well this year. The Redmi also joins the Android ONE program with Redmi A1 and A2 phones and Redmi 5 series will also be expanded, maybe the 6 variant will come this year.

However, this list could be made by anyone since there are also obvious phones included but we are also happy about the new ones.