Xiaomi, having seen what Pocophone accomplished, is planning to launch its own budget flagship phone still in September. We have already presented Poco F1 and we will also give you a small summary about its performance today, and then about a photo calendar about its camera.

It is still unknown under what brand name the new popular phone will be launched, we only hope that Mi logo will be shown at the back of the phone. No, it won’t be the Mix 3, we will get to know that only in October. On Weibo an insider revealed that Xiaomi would come out with a top-category phone with a traditional price tag still in the middle of September. 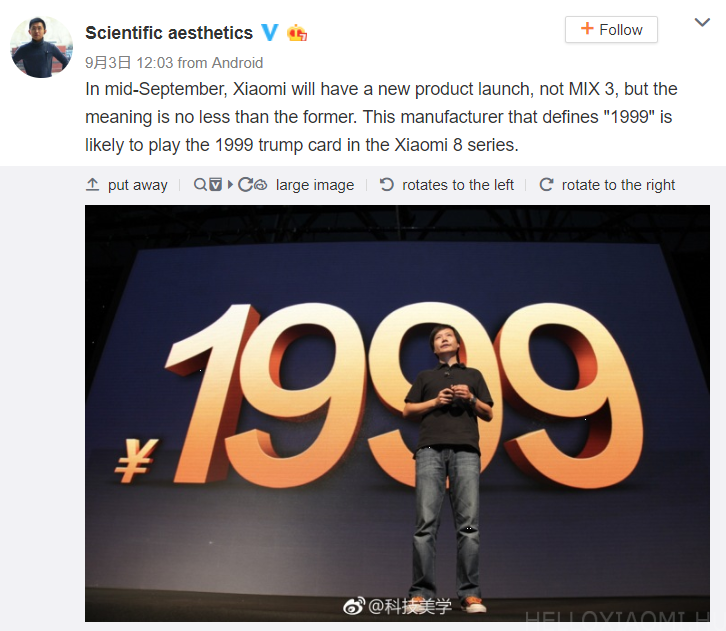 1,999 Yuan (~82,375 Ft) is almost already a compulsory price for an entry-version top-category phone but it is still unsure if it is real or feasible as the price of spare parts has increased considerably. It could be that Xiaomi is going to launch Poco F1 in China under its own name with a cheaper price tag than in India.