It would not be the first time that Xiaomi comes out first with a new technology, device, spare parts such as the inclusion of Snapdragon 636 in the Redmi Note 5 smartphone.

The new phone surfaced on Geekbench today reveals the same as  well, a not yet launched SoC onboard a new Xiaomi phone codenamed Valentino. 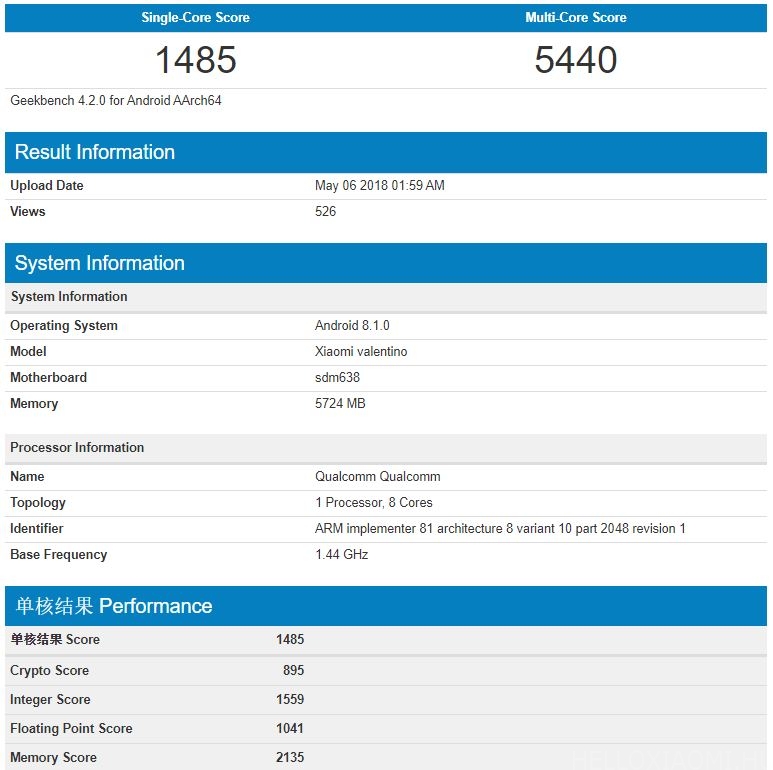 Snapdragon 638 will be likely an improved 636 but it is not yet known at what features it will be better at, we hope that it will also feature a X20 modem with the frequencies. The number of cores has not changed but all the more the frquencies. While 636 is clocked at 1.8GHz, 638 at 1.44GHz, Andreno 509 or a newer GPU can be expected to come with. The mysterious phone packs a 6GB RAM and runs on Android 8.1.0. Which smartphone may come out? Guesses?