Still this January, Hugo Barra former head launched the Facebook owned Oculus Go and Xiaomi Mi VR Standalone VR headset couple at CES 2018. Since then, they have both disappeared without leaving a trace. 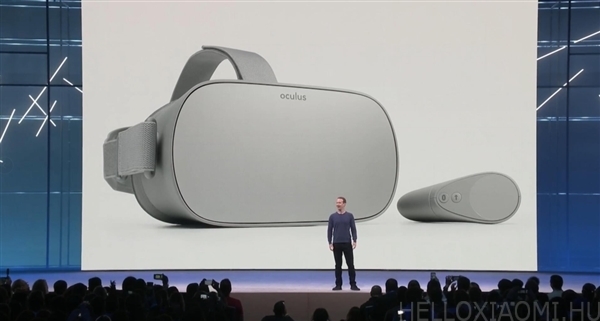 Yesterday, Mark Zuckerberg, the well-known founder of the Facebook presented the latest version, whose sale has already started. For customers it is available for sale on the official website of Oculus, on Amazon, on Best Buy and on other sites from the price of 199$.

Oculus Go supports more than 1000 VR applications and new functions based on AR and VR which appeared at Facebook F8 developer’s conference. Zuckerberg announced that Facebook does not only have good AR and VR experience with softwares but the best with hardwares.

The Oculus Go is made up of breathable fabrics which ensures even after long use for the viewer not to sweat wearing it and with its adjustable straps it fits perfectly over the eyes. It features a display with 2560 x 1440 resolution, new dizzinesse-free objective with medical lenses and quick change technology so that the users could minimalise dizziness when using Oculus Go. Besides these, it runs using Qualcomm Snapdragon 821 processor with optional 32 GB or 64 GB internal storage. The two versions cost 199USD and 249USD. The built-in audio drivers and the 3.5 mm headphone jack allow users to connect headphones.

The Oculus Go avoids problems resulting in connection to a computer, which goes with most traditional VR headsets and it gives better user’s experience. With the wireless controller you can easily navigate among apps and in apps or games, control the video or can create a masterpiece.

No news about the Xiaomi version to date, but with the same hardware and honest pricing it would surely be a blockbuster among VR fans and would also fascinate the Xiaomi community! As soon as we have information about it, we will let you know. Stay tuned!