After announcing its latest flagship Mi 8 on 31 May, the Chinese hi-tech giant has start to emphasize the better quality of photos taken by this camera. According to the manufacturer, the camera of Mi 8 has a better performance than every other Xiaomi phone, even surpassing the performance of the Mi Mix 2S, the latest member of the MIX series launched not long ago. They wanted to back up these statements by facts, so they tested Mi 8’s camera performance on DxOMark, which is nowadays getting a well-known testing website for smartphones. 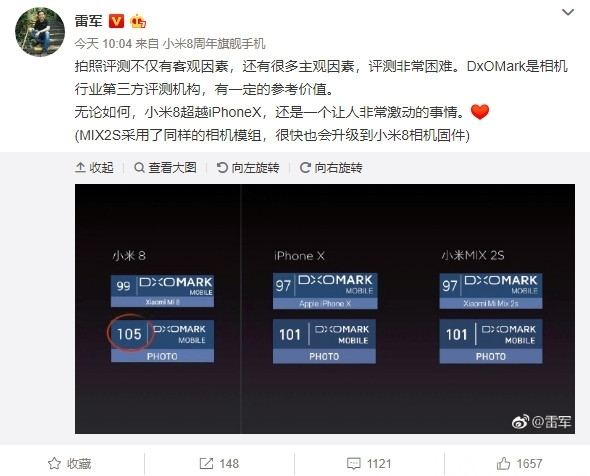 Since the Mi 8 has the same camera module as the Mi Mix 2S, it is self-evident that through the software algorythm they are able to improve  MIX 2S camera (or rather make it as good as the camera of the Mi 8), even afterwards.

Lei Jun, CEO, has just confirmed that Xiaomi Mi MIX 2S will soon receive a camera firmware update, due to which it will be able to shoot the same beautiful photos (thanks especially to AI developments) as the new Xiaomi Mi 8.