Hello Xiaomi
KezdőlapNewsRumourMediaTek-powered Xiaomi has been seen on Geekbench, may be Redmi 5X
NewsRumour

MediaTek-powered Xiaomi has been seen on Geekbench, may be Redmi 5X

Xiaomi dropped the idea  a long time ago to use MTK processors because compared to Snapdragon SoC they are a bit jerky. They could not update the Android and because of several other reasons.. There were earlier rumours about a Xiaomi phone powered by a MTK processor, which was not welcomed by many people. 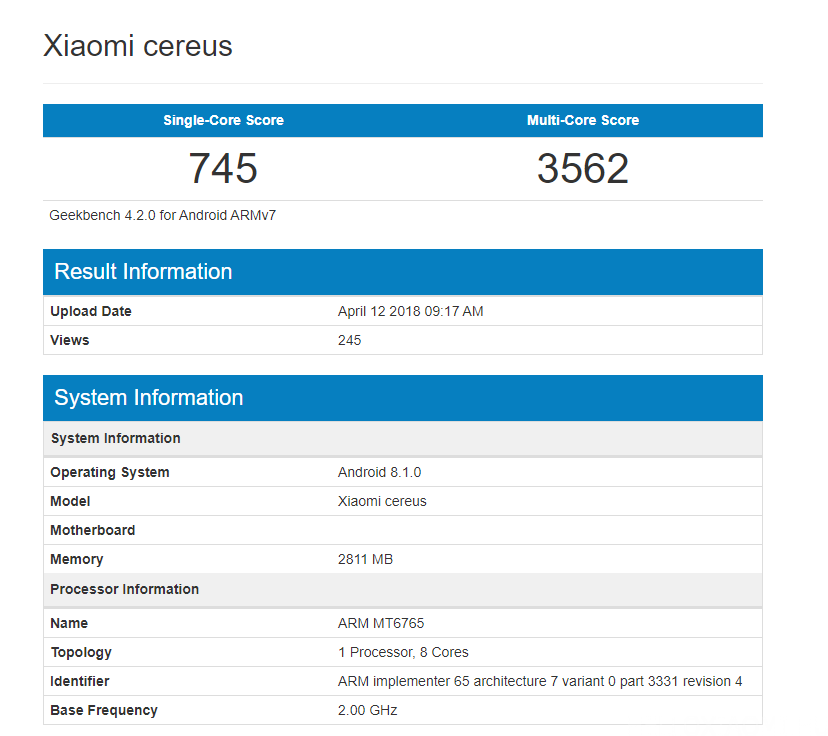 According to GeekBench, the new Xiaomi phone codenamed Cereus is powered by MediaTek ARM MT6765 SoC and it is based on Android 8.1.0..  SoC is still a question because there is no information on manufacter’s web but it is an octa-core processor clocked at 2GHz so it cannot be that bad. Rumours say that the new processor is based on a 12nm node like the Helio P60 which means better efficiency and cheaper price. 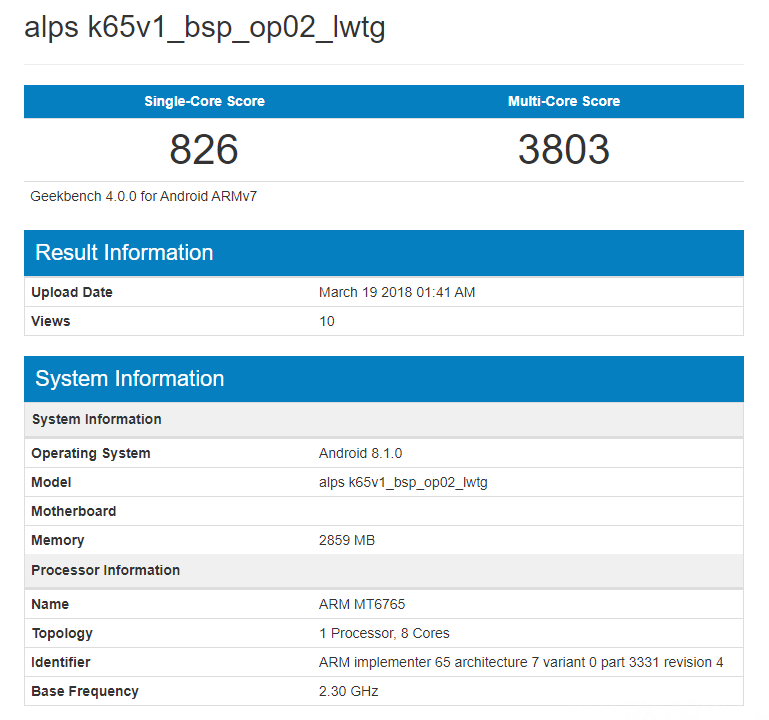 However, on Geekbench site this SoC reached up to 2.3 GHz clock speed so we still do not know which version will be the official.

Other rumours say that not Redmi 5X is expected to come out but the smallest variant of the next series, Redmi 6A. There are not many arguments for Redmi 6A as Redmi 5A is just 4 months old so it would be too early to change it and Redmi 4X does not have a successor yet.

We would not be surprised if it is launched alongside the Mi 6X on 25 April as the Redmi 4X was released more than a year ago so it is time to go on with Redmi X  series.