Nowadays it is quite common that people take photos using their mobiles, some seriously, some sloppily. Those who click on Facebook are not really interested whether the image is of really good quality but there are other people who really bother about the quality of photos if they are out of focus, toneless or actually super saturated. As for taking photos with a mobile phone, Xiaomi cannot be listed in the top category, except for one-two phones. Of course, with most Xiaomi phones it is possible to take a photo that meets most of the requirements (it is only a question of practice, vision and awareness) but the really good ones can only taken with the new devices including dual cameras and AI.

Redmi Note 5 Pro, Mi Mix 2s, Mi Note 3, Mi 6X, Redmi S2, which appeared this year. Out of these, the Mi Note 3 and Mix 2s, were the ones that performed well at tech test and Mix 2s enjoyed the first place for a short time in DcOmark but then rivals came and now it is only number 7 in summary. 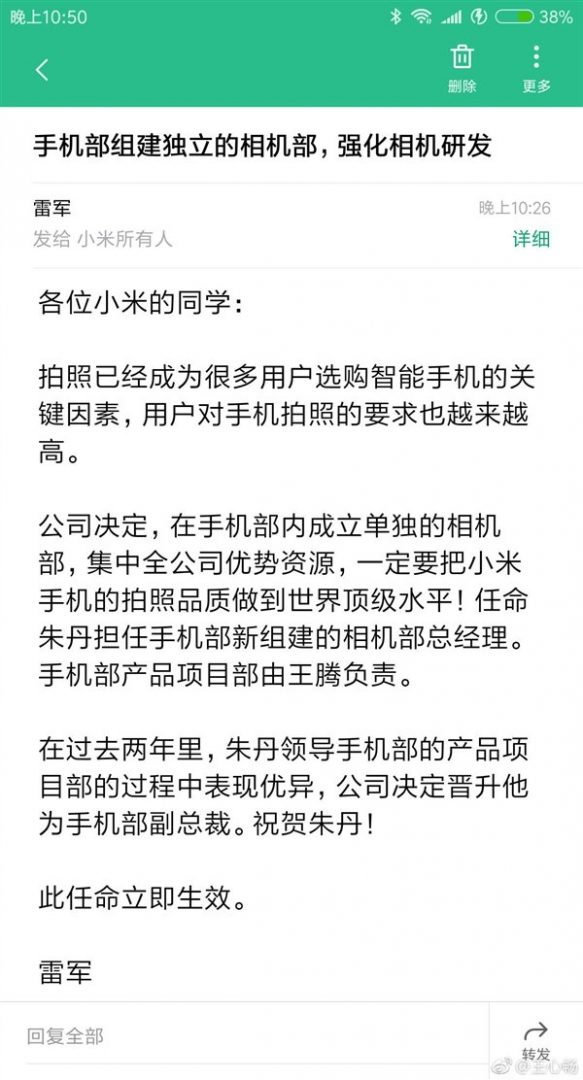 An internal letter from Lei Jun,CEO for Xiaomi employees. Jun touched upon the problems mentioned above and he would like to find a solution to these by establishing a new department which focuses specifically on the image taking ability of phones.

“Camera has become a key factor for many users to choose smartphones and users demand for mobile phones is getting higher and higher. The company decided to set up a separate camera department to concentrate the company’s superior resources. we must make the picture quality of the xiaomi mobile phones to the top level of the world. zhu dan was appointed general manager of the new camera department! zhu dan led the product department of the mobile phone department in the process of outstanding performance, the company decided to promote him as vice president of the mobile phone department. congratulations to zhu dan! the appointment will come into force immediately!”

We hope that is why Mi7’s launch is delayed although rumours say that we will get to know it at the end of May and competitors  will have a new rival.